RGC was formed by Dr. Andy Robertson in 1994 after he left the firm Steffen, Robertson & Kirsten (SRK), a firm he founded in South Africa in the 1970s. Today, RGC is managed by Dr. Christoph Wels (a principal and Senior Hydrogeologist at RGC) as Dr. Robertson focused on senior review work.

Since 1995, RGC has worked in 16 countries and completed over 150 projects at some of the largest and most remote mines in the world.

You can read further into the company’s History, Mission and Method, Services, and Projects. 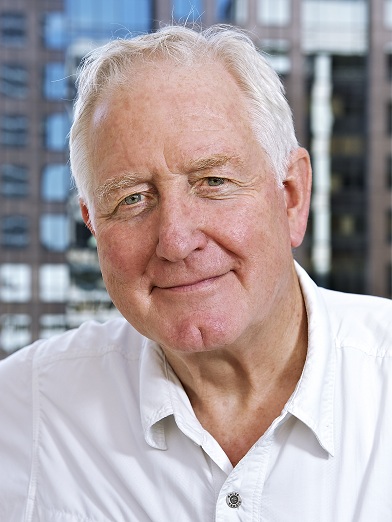 Dr. Andy Robertson has a B.Sc. in Civil Engineering, a Ph.D. in Rock Mechanics and 30 years of experience in mining geotechnics and environmental engineering. His experience includes periods of work with a mining company and specialist foundation construction contractor, providing him with practical field experience. In the 27 years he spent as one of the three senior principals of Steffen, Robertson & Kirsten and as the president of Robertson GeoConsultants Inc., he has been responsible for the development of the mining geotechnical and environmental engineering practices in the areas of:

He has been the lead investigator and/or designer for numerous project teams for mining companies and provides review and senior evaluation and counseling to a number of mining companies, research establishments, professional associations and provincial, state and federal agencies. Dr. Robertson participates on numerous technical review boards for mining companies and regulatory authorities. He has published extensively, participated in the drafting of numerous technical guides currently used by industry and regulatory bodies alike, and has been the recipient of a number of technical and industry awards. 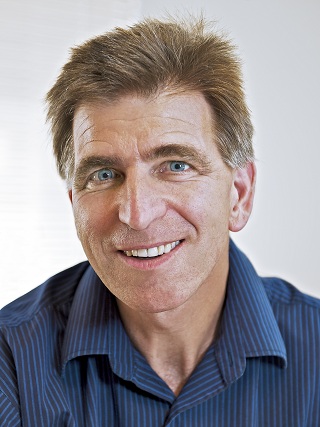 Dr. Christoph Wels has a B.Sc. in Hydrology, a M.Sc. in Watershed Ecosystem Studies and a Ph.D. in Hydrogeology. He has over 25 years of professional experience in academic research and consulting, and has published several scientific papers in the areas of contaminant hydrogeology and watershed hydrology. Dr. Wels is Principal and Senior Hydrogeologist with Robertson GeoConsultants Inc. and specializes on groundwater modeling and evaluating the impact of mining projects on groundwater resources. He joined Robertson GeoConsultants in 1995 and has since been consulting to the mining and environmental industry in the areas of:

As senior hydrogeologist of RGC, he is responsible for all aspects of hydrogeological investigations from field work to detailed groundwater flow and transport modeling. His fluency in English, Spanish and German allows direct communication with clients and regulatory agencies all over the world. 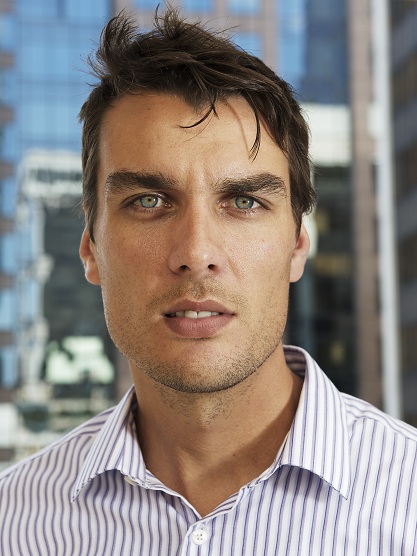 Dr. Paul Ferguson completed his Ph.D. in Earth Sciences in 2007 with a focus on isotope and trace element geochemistry. He has thirteen years of experience in the fields of environmental geochemistry and hydrogeology and specializes in characterizing the impacts of acid rock drainage (ARD) and metal leaching (ML) on groundwater and surface water quality and the determining the implications for mine closure.

Paul has worked closely with regulatory agencies, mining companies, and other consulting firms during the pre-feasibility, active mining, and closure stages of mining projects in Canada, Chile, and Australia so is well-versed in the permitting process & required regulatory interface during various stages of mining.

Paul is RGC’s project lead for closure planning at Nyrstar Myra Falls in western Canada and at the former Rum Jungle Mine Site, an abandoned uranium mine in Australia’s Northern Territory. He has also worked at the former Mount Morgan Mine Site in Queensland (Australia) and the Faro Mine Site in Canada’s Northwest Territories, as well as on several active mines in northern Canada and Chile.

He joined Robertson GeoConsultants in 2008 and has been a consultant to the mining and environmental industry in the areas of: 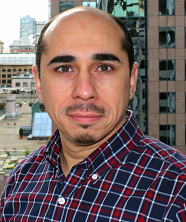 Dr. Mahmoud Hussein has a B.Sc. in Civil Engineering, an M.Sc. (Eng.) in Groundwater Modelling and a Ph.D. in Hydrogeology. He has over 13 years of consultancy experience and 5 years of research experience in the field of hydrogeology.

Dr. Hussein is Principal and Senior Groundwater Modeler with Robertson GeoConsultants Inc. He specializes in the application of groundwater flow and solute transport modelling techniques to assess seepage and associated groundwater impacts from mine waste facilities, and to design and predict the performance of proposed mitigation measures. He joined RGC in 2016 and has applied these techniques to a wide range of mining applications, including seepage from tailings impoundments and tailings dams, open pits, underground mine workings and waste storage facilities for mine sites located in Canada, Chile and Australia.

Dr. Hussein is also experienced in the field of physical hydrogeology and the application of the following techniques used for numerous consultancy and research projects: 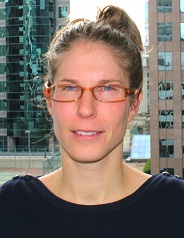 Tara Raketti​ has a B.Sc. in Environmental Engineering and in Biology and has nine years of professional experience in mining hydrogeology and environmental analyses. Tara joined Robertson GeoConsultants Inc. in 2013.

Tara’s technical experience includes development of water and load balance models, both in Excel and GoldSim, to support mine closure planning. She is well-practiced in supervision of both Dual-Rotary and Sonic drilling, well construction and development, and hydraulic testing and analysis. She has managed large multi-year drilling programs with budgets exceeding US$ 1 million. Tara has also managed her own water quality sampling programs and is well-seasoned in groundwater and surface water sampling. 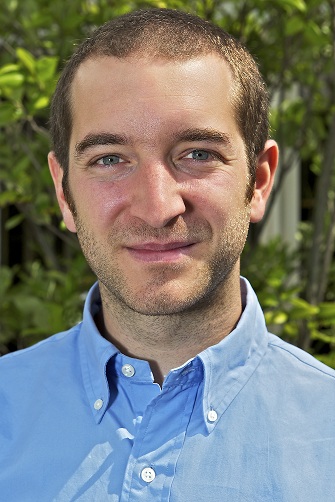 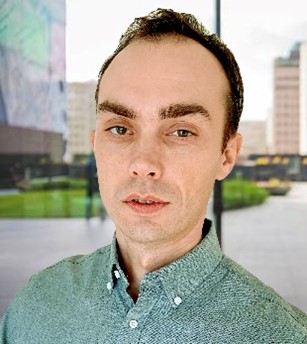 Petr Kuranov has a B.Sc. and a M.Sc. in Hydrogeology. He has over 10 years of professional experience on mining, civil and site remediation projects. Petr has joined Robertson GeoConsultants Inc. in 2019 as a hydrogeologist and groundwater modeler.

Petr has been involved in numerous projects for oil and gas and mining clients throughout Western Canada, in South America, Europe and Western Asia. His areas of expertise include: 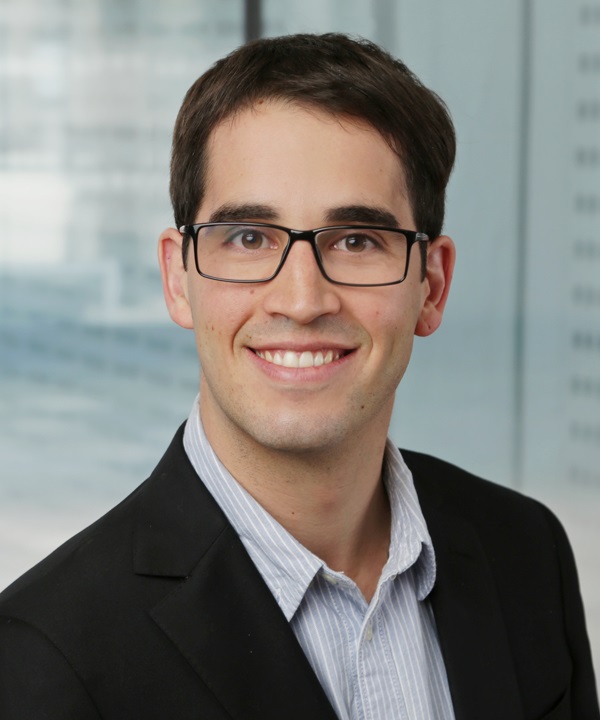 Cristobal Vargas​ has a M.Sc. in Hydrogeology and Environmental Engineering and a B.Eng. in Civil Engineer with specialization in Hydraulic, Environmental and Sanitary Engineering. Cristobal has five years of professional and research experience in the field of groundwater modeling and joined Robertson GeoConsultants Inc. in 2019 as a Groundwater Modeler. 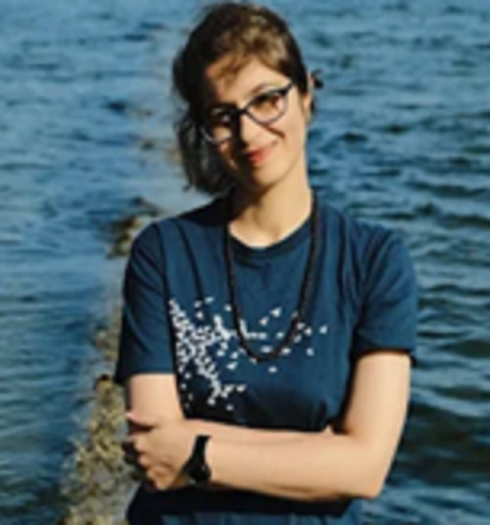 Dr. Mina Seyedali​ completed her Ph.D. in Earth and Ocean Sciences in 2020 with a focus on use of stable isotopes and trace metals in understanding evolution of paleo-seawater chemistry. Mina has an M.Sc. and B.Sc. in Mining Exploration Engineering with special focus on use of geostatistical techniques in exploration of ore deposits. Mina joined Robertson GeoConsultants Inc. in 2021 as a consultant in geochemistry. She has ten years of research experience in areas of: 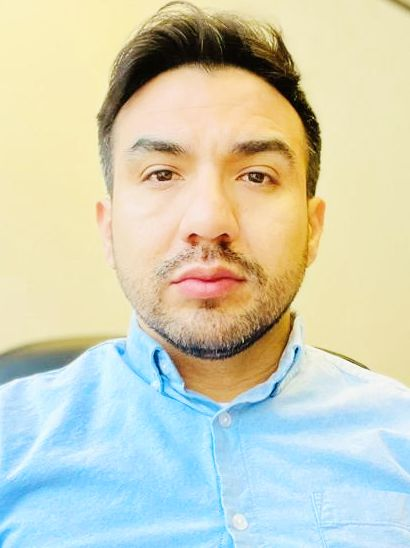 Arturo Velasco has a B.Eng and M.Sc. in Hydraulic Engineering and Environment with a specialization in water resources analysis. He has six years of professional and research experience in water resources and remote sensing environmental applications. Arturo joined Robertson GeoConsultants Inc. in 2021 as a Hydrology Consultant.

Arturo’s experience includes the construction of numerical models as well as the interpretation and analysis of results in water-related projects. He also has experience in the processing and application of remote sensing techniques using spaceborne and airborne data for water resources analysis.

His areas of expertise are: Jonas is proficient in the use of the commercial GIS software, such as: ArcMap, ArcGIS Pro, ArcGIS online; remote sensing: Geomatica Banff; and modeling software: Opendtect, Petrel, Oasis Montaj. His technical experience in GIS includes data management, spatial analysis, and map production. He is also able to produce cross-sections and 3D models through application of his geological background. Furthermore, Jonas participated in geophysical surveys acquiring seismic data, and can interpret geological structures by seismic and potential methods

Mr. Bryan has collaborated extensively with RGC on the following projects: