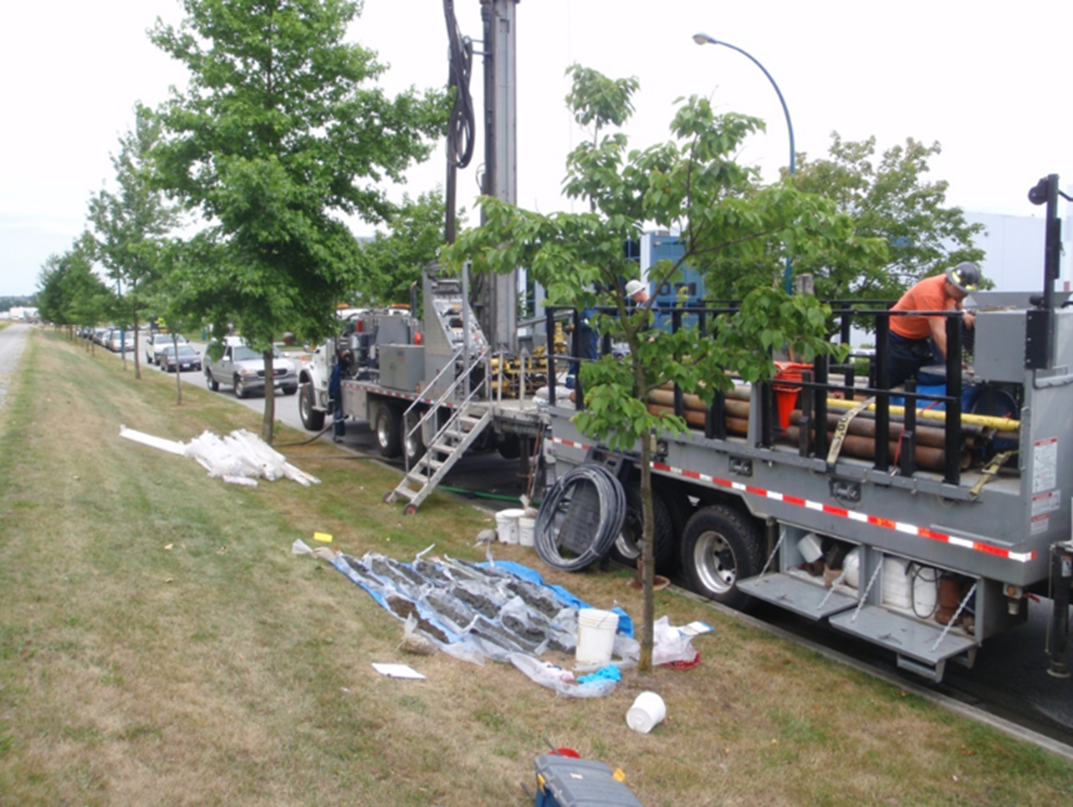 From the 1960s to 1996, Kennametal Inc. produced tungsten carbide metals at the former Kennametal site, Port Coquitlam, B.C. Industrial activities on the Site and neighboring properties resulted in soil and groundwater contamination at the Site. A Detailed Site Investigation (“DSI”) of the Site (completed by others) reported elevated metal concentrations (for Cd, Co, Ni and Ag) above applicable CSR AW standards in groundwater on-site. 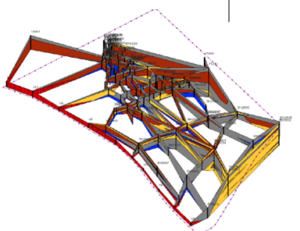 The DSI further concluded that only cobalt had migrated off-site. This off-site ‘cobalt plume’ had migrated in a permeable sand and gravel aquifer a distance of up to 400m from the Site towards the Pitt River. Subsequently, a Remedial Plan (“RP”) was developed for the Site. The Remedial Plan specified that any soil and groundwater metal contamination on the Site, as well as the off-site cobalt plume, be risk-assessed. In order to complete such a risk assessment, the fate of the cobalt plume needed to be better understood. Specifically, the cobalt concentrations versus time (i.e. “breakthrough curves”) of dissolved cobalt in groundwater reaching the Pitt River needed to be estimated to allow an assessment of the potential ecological risk to the aquatic organisms in the Pitt River.

Between 2008 and 2011, RGC completed a two-phased assessment of cobalt plume migration in the sand & gravel aquifer towards the Pitt River to support such an ecological risk assessment. The hydrogeological assessment included (i) hydrogeological site characterization (drilling, groundwater monitoring & soil sampling), (ii) sorption testing of cobalt on local soils and (iii) additional off-Site characterization work, laboratory sorption testing and (iii) the development of a groundwater flow and cobalt transport model to predict the future transport of cobalt in the aquifer. The Phase 2 field investigation clearly demonstrated that the highly permeable ‘S&G’ aquifer (impacted by seepage from the Kennametal site) does not extend to the Pitt River. Instead, local groundwater discharges to a series of storm sewers and ditches and flows to the Pitt River via these surface pathways. This led to the formulation of a new conceptual model of groundwater flow and cobalt transport. This conceptual model differed significantly from the Phase 1 conceptual model and required the development of a revised new numerical groundwater flow and solute transport model (“Phase 2 model”). The groundwater model was developed using the industry standard finite element code FEFLOW and calibrated using observed high flow conditions (water levels and flows to storm sewers and drains) and then successfully validated using low flow conditions.

The new Phase 2 model was used to predict future transport of the cobalt plume in the ‘S&G’ aquifer towards the Pitt River. In all transport scenarios (low, high and no sorption), the extent of the current cobalt off-site plume is predicted to gradually decrease over time to form a residual cobalt plume. Ecological risk assessment (completed by others) demonstrated that the predicted loading from the residual cobalt plume to the Pitt River would not pose a risk to aquatic receptors in the receiving surface water. In 2012, the BC Ministry of Environment issued a certificate of compliance for the Site. One condition of the CoC was that the residual cobalt plume be monitored for a minimum of five years. Groundwater and surface water monitoring completed over the following 5 years corroborated the modelling predictions and did not show any exceedances of trigger values.