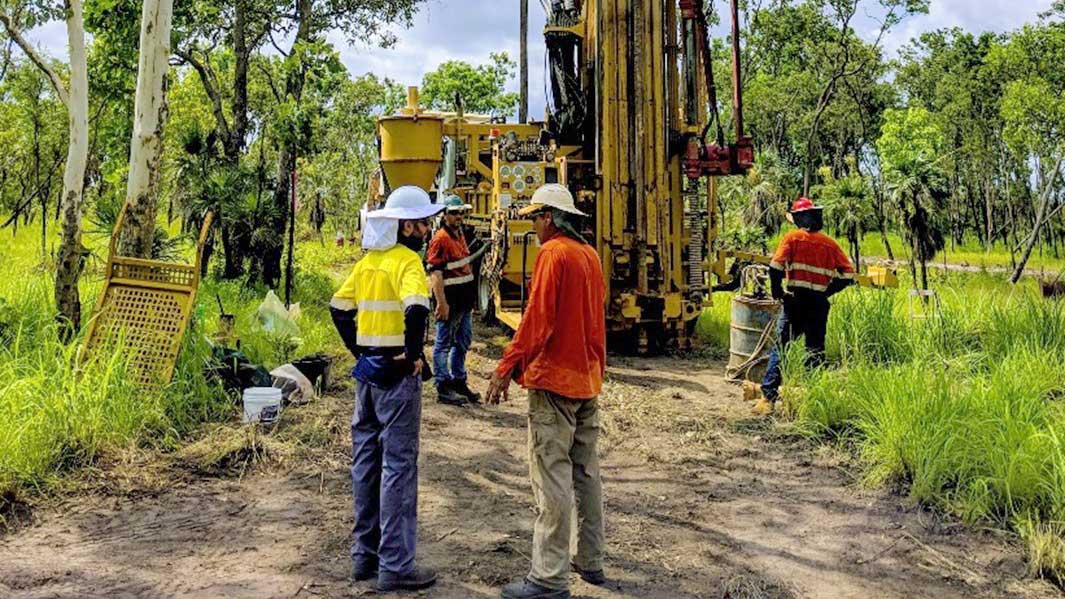 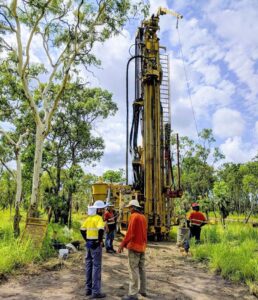 The former Rum Jungle Mine Site is located 105 km by road south of the city of Darwin. It was one of the Australia’s first major uranium mines and produced approximately 3,500 tonnes of uranium and 20,000 tonnes of copper concentrate between 1954 and 1971. Metal leaching/acid rock drainage (ML/ARD) from sulfidic waste rock has led to significant environmental impacts on local groundwater and surface water resources and radioactive tailings remain in some areas of the site.

In 2010, RGC was retained by the Northern Territory (NT) Department of Mines and Energy (DME) to (i) characterize current ML/ARD impacts at the former Rum Jungle mine site and (ii) develop closure strategies for the site as part of the Rum Jungle Rehabilitation Planning Project. Between 2010 and 2016, RGC completed several hydrogeological drilling programs to characterize the complex bedrock aquifer at the site and delineate the contaminant plumes. In addition, RGC assisted DME in the design, implementation and interpretation of a comprehensive surface and groundwater monitoring program to characterize the impacts of mine waste seepage on the local bedrock aquifer and the East Branch of the Finnis River.

The routine groundwater monitoring data collected between 2010 and 2016 (from over 100 monitoring wells) were used to calibrate a transient 3D groundwater flow and transport model for the site. This groundwater model was developed using MODFLOW/MT3D. The model covers a surface area of 12.9 km2 and includes all mine waste units of the Rum Jungle mine site. In 2016, RGC used the calibrated 3D groundwater flow and transport model for the Rum Jungle mine site to simulate the transport of dissolved sulfate and copper in groundwater towards the East Branch of the Finniss River. The key objective was to support the development of a preferred closure strategy that will reduce the generation of ML/ARD and allow for the long-term management of neutralized seepage from the new WSF and residual, ML/ARD-impacted groundwater. In late 2018, RGC was retained again by the NT government to further validate the 3D groundwater model and assess additional closure scenarios in support of an EIS for the Rum Jungle Rehabilitation Planning Project to be submitted in mid-2019. For more details on the Rum Jungle Rehabilitation Planning Project, see: https://dpir.nt.gov.au/mining-and-energy/mine-rehabilitation-projects/rum-jungle-mine